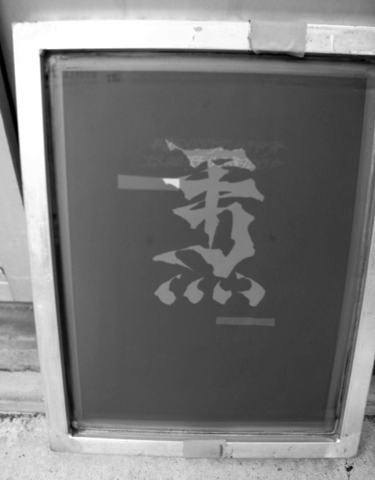 In 1993, while USUGROW was designing artworks for flyers and album covers, he started selling his own hands silkscreen printed T-shirts.

In 1996, USUGROW changed the name of the official brands as GRIND INKSTICK/USUGROW when he changed his production to a factory. At the same time, he started mail order and started wholesaling to limited stores.

In 2002, in addition to wholesale, USUGROW started selling his merchandise by internet.

In 2003, USUGROW renamed his official brand name as ORGANIC CONTRAST/USUGROW.

ORGANIC CONTRAST / USUGROW is managed by USUGROW and a few staff. Sales network is protected under control of an artist now on.

Usugrow began his own artistic activity by creating flyers in underground punk and hard core music scene in early 90's. Since then, he has been involved in various album cover designs for bands and musicians regardless of genre, art directions and merchandises, and also collaborating with lots of skateboarding brands and fashion brands.

Usugrow expanded the range of his activity and done several solo exhibition at art galleries in Japan and overseas since 2005, and published his first monograph. In addition to his solo exhibition, he has been curating the group exhibition and book projects with Japanese artists since 2009.

He currently works on mainly illustration, painting and calligraphy as well as live painting, collaboration project with other artists and three-dimensional artwork.